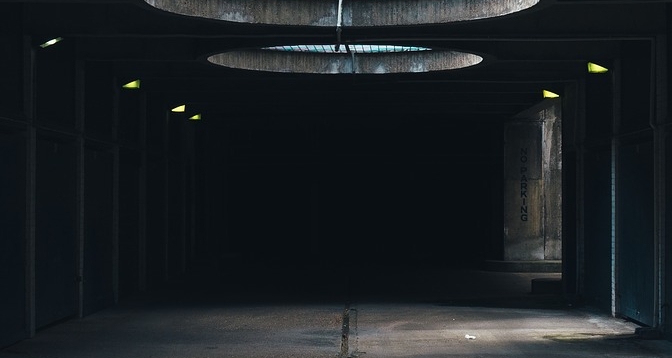 First published in 1864 by Feodor Dostoevsky, this novel is approximately 130 pages long. Though short and simple insofar as the story revolves around the innermost thoughts of but one major character, it is also dense. I was constantly trying to figure out what kind of person the narrator was. I was distracted by his outlook and opinions, while I was evaluating whether I believed him to be right, while considering my own thoughts about his thoughts, as I was busy relating (or failing to relate) to what he was saying based on my own experiences. If this is something you intend on reading yourself, then be forewarned: Notes from Underground may provide you with several veritable rabbit holes for deep distracted thought.

The narrator in this novel is unnamed. At first, my impression was that I should imagine the voice to be of Dostoevsky himself. I am familiar with several of his characters from reading other novels, and it seems he was quite adept at developing personalities for his books whose mental and emotional states were often quite extreme. I thought that, maybe, the author was in crisis one day and had to “get it all out”. There is another way to look at it though. Perhaps Dostoevsky left the narrator unnamed not to absolve himself of the beliefs an opinions shared, but to imply that humans in general are routinely preoccupied by thoughts that are simply filtered before we share them with society. Interestingly, even though the novel exists, the narrator claims that he has no intended audience in mind.

So what is Notes from Underground about? It is a bit of a rant. The narrator references narcissism, self-hatred, jealousy, anger, paranoia, and inequalities of class structure. There are themes of superiority vs. inferiority, intelligence vs. stupidity, and camaraderie vs. isolation. The text is rife with contradictions, though it is presented in a way that is paradoxical and realistic. For instance, there is one scene where the protagonist is at a lunch table eating with friends, but his mind is so distant from being present with them that he is only arguably part of the group.

The narrator refers to feeling invisible, “like a fly.” It seems a simple metaphor until the thought is repeated. “They must despise me,” he thinks, “[I] did not expect [my friends] despising me.” The reader has no reason to think that the narrators’ friends do despise him. After all, they have invited him to the lunch and are having quite a time chatting and laughing all around him. Meanwhile, the narrator calls himself an “insect” and grows irritated that they are not annoyed at his insulting them. It is all impervious fun to them, whom apparently do not realize he’s being serious. (But maybe he’s a ‘sensitive soul’, and his friends are a raunchy collective of men who seek humor by demeaning their brothers all in ‘good fun’? Maybe he has a right to be annoyed.)

I was initially inclined to think of the narrator as quite normal. Awhile into the novel, I changed my mind and decided that he was disturbed. Certain details seemed to imply this. For instance, in the beginning of the novel, he talks of a man he passed in the street whom he stepped aside for. (The narrator’s choices were to step aside, collide into the man, or expect the other man to step aside.) The narrator’s choice to move was internalized as an act of self-deprecation, which he then obsesses about. To him, it matters that it was he whom got “out of the way”. The narrator works himself up to give it another go, crosses paths with the same man in the same way, and then he suffers grievously after having stepped aside yet again. This then festers in him for over a decade. ‘Why should it matter whom stepped aside’ I figured, ‘He must be irrational’. (Then again, I remember things that happened to me over twenty years ago which occasionally resurface, and certainly many people seek therapy for similar things.)

I believe that it is too simple to say that the narrator’s mind is diseased. Perhaps he is depressed. Schizophrenic? Just brutally honest with himself? There seems to be a disconnect between the thoughts he has and his ability to question whether his perceptions are true. And, with each negative thought he has, it appears to push him further towards a capacity for malignant behavior. Even when his girlfriend tries to reason with him and explain that he is “upsetting [himself] about nothing”, he struggles to hear her through his own tirade of thoughts. (Though, we know nothing of his girlfriend outside the narrator’s perceptions of her. We know he feels drawn to her, but does he have actual reasons to mistrust her? What has their relationship been beyond that one shared discussion?)

In Notes from Underground, the reader is there to follow along as the narrator spirals downward. (Or does he?) We are witness to each unabashed thought he has along the way, while I found it to be interesting and a bit terrifying. It is charged with emotion and uncertainty. I thought I had the narrator pegged, but now I’m unsure. Maybe what has happened to him started out as a small thing, and then developed into an illness the more isolated he felt. Maybe he is like many of us, terrorized by thoughts we never dare to share with others. Maybe he’s normal. Maybe normal is abnormal.

I organize most of my book posts by author and award, so it hopefully you'll recognize the names below. (More to come soon since I'm just getting started with the site.)